War uses up more materials more quickly than most anything else on earth. In war expensive equipment doesn’t wear out slowly, it gets blown up!

Where there is war, there is money to be made. For example, during the 119 year period from the founding of the Bank of England to Napoleon’s defeat at Waterloo, England had been at war for 56 years, while the rest of the time preparing for it. The Bank of England was well and truly entrenched… and making a lot of money. 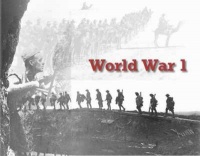 Remember J.P. Morgan? Amongst other things, he was a sales agent for war materials. Six months into World War I, his spending of $10 million a day made him the largest consumer on the planet.

The Rockefeller’s and the head of President Willson’s War Industries Board, Bernard Baruch, each made some 200 million dollars. But profit was not the only motive for involvement.

Russia had spoiled the money changers plan to split America in two, and remained the last major country not to have its own central bank.

However, three years after the start of the war the entire Russian Royal Family was killed and Communism was ushered in.

You might find it strange to learn that the Russian Revolution was also fuelled with British money. Capitalist businessmen financing Communism?

“If one understands that socialism is not a share-the-wealth programme, but is in reality a method to consolidate and control the wealth, then the seeming paradox of super-rich men promoting socialism becomes no paradox at all. Instead, it becomes logical, even the perfect tool of power-seeking megalomaniacs.

Communism, or more accurately, socialism, is not a movement of the downtrodden masses, but of the economic elite.”
Gary Allen, Author

W.Cleon Skousen wrote in his book ‘The Naked Capitalist’:

“Power from any source tends to create an appetite for additional power… It was almost inevitable that the super-rich would one day aspire to control not only their own wealth, but the wealth of the whole world.

To achieve this, they were perfectly willing to feed the ambitions of the power-hungry political conspirators who were committed to the overthrow of all existing governments and the establishments of a central world-wide dictatorship.”
W.Cleon Skousen

Extreme revolutionary groups were controlled by being financed when they complied and cut off, with money sometimes being given to their opposition, when they didn’t.

If you find this hard to believe, listen to what the so called dictator of the new Soviet Union had to say:

“The state does not function as we desired. The car does not obey. A man is at the wheel and seems to lead it, but the car does not drive in the desired direction. It moves as another force wishes.”
Vladimir Lenin – Wurmbrand, “Marx and Satan,” p. 49

Rep. Louis T. McFadden, chairman of the House Banking and Currency Committee throughout the 1920-30s explained it this way.

Even when Communism collapsed in the Soviet Union, Boris Yeltsin revealed that most of the foreign aid was ending up, quote: “straight back into the coffers of western banks in debt service.”

Remember those words of warning by Amschel Rothschild in 1790:

“Let me issue and control a nation’s money and I care not who writes the laws.”
Mayer Amschel Rothschild

World War I concludes and the stage is set for the money changers to make their first roaring run at World Domination.