World War I concludes in 1918. With Russia taken care of,  the money changers now had control of every major national economy. Like a steam roller moving and a wolf gathering its pack, there was only one thing left to do and that was to go global.

The first attempt was the proposal to set up the League of Nations at the Paris Peace Conference. The Paris Peace Conference was the meeting of the Allied victors following the end of World War I to set the peace terms for Germany and other defeated nations, and to deal with the empires of the defeated powers following the Armistice of 1918. It took place in Paris in 1919 and involved diplomats from more than 30 countries.

But old habits die hard, and even what they called ‘the war to end all wars’ was not enough to convince nations to dissolve their boundaries, the League of Nations died.

If politicians really were being controlled, you would think at least one would break ranks and cry out against it. Many did. One was no less than former New York City Mayor John Haylan:

“These international bankers and Rockefeller-Standard Oil interests control the majority of the newspapers and magazines in this country. They use the columns of these papers to club into submission or drive out of office public officials who refuse to do the bidding of the powerful corrupt cliques which compose the invisible government….

The warning of Theodore Roosevelt has much timeliness today, for the real menace of our republic is this invisible government which like a giant octopus sprawls its slimy length over City, State, and nation… It seizes in its long and powerful tentacles our executive officers, our legislative bodies, our schools, our courts, our newspapers, and every agency created for the public protection…

They practically control both parties, write political platforms, make catspaws of party leaders, use the leading men of private organisations, and resort to every device to place in nomination for high public office only such candidates as will be amenable to the dictates of corrupt big business…

These international bankers and Rockefeller-Standard Oil interests control the majority of newspapers and magazines in this country.”
John Hylan, Mayor of New York 1927, speaking in Chicago and as quoted in the March 27, 1927, New York Times 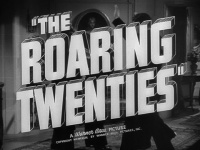 These warnings fell on deaf ears, drowned out by the music and excitement of the roaring 20’s.

People don’t tend to complain much in times of prosperity. So the money changers used this boom time, they had created, to defuse any complaints about their growing control.

But further controls were needed, so along came the Great Depression.