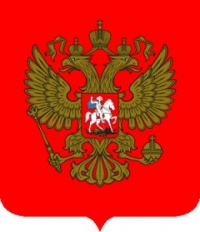 A goldsmith named Amshall Moses Bauer opened a counting house in Frankfurt Germany in 1743. The two-headed eagle emblem of the Byzantine Empire (Roman Empire) on a Red Shield was adopted by Bauer.  The shop became known as the “Red Shield firm”.

The German word for ‘red shield’ is Rothschild.

His son later changed his name to Rothschild when he inherited the business.

Loaning money to individuals was all well and good but he soon found it much more profitable loaning money to governments and Kings. It always involved much bigger amounts and always secured through public taxes.

Once he got the hang of things he set his sights on the world by training his five sons in the art of money creation. He then sent them out to the major financial centres of the world to create and dominate the central banking systems.

Their far reaching legacy impacts us even today. Their ‘behind the scenes’ methods of controlling money is far reaching and clandestine.

J.P. Morgan was thought by many to be the richest man in the world during the second world war, but upon his death it was discovered he was merely a lieutenant within the Rothschild empire. He owned only 19% of the J.P. Morgan Companies. We will explore this a little later.

“There is but one power in Europe and that is Rothschild.”
19th century French commentator, Niall Ferguson, THE HOUSE OF ROTHSCHILD, Money’s Prophets, 1798-1848

We will explore a little more about the richest family a little later. But after we have had a look at THE AMERICAN REVOLUTION (1764 – 1781)