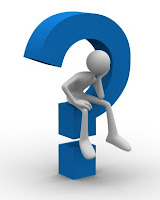 I met a man who was married. When he first got married he thought his bride was the most beautiful, most loving, most, well, everything. A few years down the track his eyes began to wander and before long he has run off with another model that is now the most beautiful, the most… Arrrrg! And, knowing him, it’ll happen again, and again. What changed?!

Here is a guy willing to throw away the best thing that ever happened to him, his wife. Sure she isn’t perfect. Who is? She has quirky traits…some were the very things that initially attracted him. What changed?

Have you ever met a person, like this, who is constantly changes their mind on things all the time? What seems a good idea one day is quickly replaced the next day by another, and sometimes contradictory, one.

Now, changing our mind sometimes is good. For example, I might buy a new car because the old one doesn’t suit my purposes anymore. When I was single, I had a single cab 4×4 Toyota Hilux that was great for bush-bashing. When I was married and had two children, a Toyota Tarago suited me better. Changed my mind on the type of car? Sure.

But seriously, there are just some things that we must NEVER change our minds on! These must become NON-NEGOTIABLEs in our lives. We must ‘settle the issue‘ for ourselves once and for all, and then, not ever waiver on it.

For me here are a couple:

I’m married to Judith for life… it was a Non-negotiable Commitment I made, for better or for worse. Sure there are times when Judith has driven me to absolute distraction (and I’ve done the same to her…probably more!)…but it has never entered my mind that leaving her was ever going to be an option. It therefore force us to resolve our differences together and quickly. We approach 25 years of marriage and I love her more now than I did the day we married. The times of struggle are what has forged the close and loving relationship we have today. Are there better models out there…sorry ladies but I don’t think so. No offense girls, but Judith is the one I chose! I settled that issue the day I put the ring on her finger.

Another example, is my belief in Jesus. I have chosen to accept what he did for me on the cross at Calvary and intend to serve him the rest of my days here on Earth and then for Eternity in Heaven. Before I made this decision, I was a self-confessed atheist, but not convinced. Then I checked it all out, had an encounter with God, and was convinced beyond a shadow of doubt of His existence. The day I gave my life to Jesus, I settled the issue. Sure, there have been times when I have struggled in my understanding, but the fact that I believed in Jesus was a non-negotiable, I came through those times with stronger resolve and hopefully a little wiser.

Paul wrote to the Galatians who were being led astray. This is what happens when you don’t ‘settle the issue‘ for yourself.

Grace and peace to you from God our Father and the Lord Jesus Christ, who gave himself for our sins to rescue us from the present evil age, according to the will of our God and Father, to whom be glory for ever and ever. Amen. I am astonished that you are so quickly deserting the one who called you by the grace of Christ and are turning to a different gospel — which is really no gospel at all. Evidently some people are throwing you into confusion and are trying to pervert the gospel of Christ.
Galatians 1:3-7

This is what will happen to each of us if we don’t take the time to ‘settle the issue‘. This is what happened to the married man above. He didn’t settle the issue of being married for life. He was not committed to a non-negotiable and that is why his eyes wandered and he shredded his marriage.

Take a moment now and consider, what are your non-negotiables in life? Are there some you would like to share with me? Are there any areas in your life that you need to ‘settle the issue‘ on right now?