Ooh! Ooh! I found another piece of the puzzle! 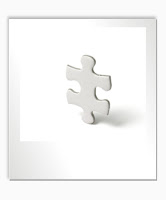 After 2pm, sitting in the cafeteria of the National Australia Bank eating a late lunch by myself, I began to contemplate my life. I got up early, had breakfast, caught a train to work before 7am, worked all day and got home after 6pm, ate tea, watched TV and went to bed before 11pm and then did it all over again the next day.

I was thinking, “If this is all there is to life I might as well end it now and get it over with!”. It was then I heard in a clear voice, “Have you considered the ways of God?”. This voice was so audible and strong that I was taken aback. To this day I’m not sure if it was just in my head or if it was external to me. All I know is that it arrested my attention. I asked, “How?”

The voice continued and said, “Get up and go over to the man over there and ask him.” There was something so compelling to that voice. There was another man there in the cafeteria. He sat on the far side of it, more than 100 feet away. I knew him only as a Senior Manager of the Bank. To get up and approach him and ask him such a question was daunting, and somewhat foolish.

But the voice was so commanding. I got up and went over to this man, with a lump in my throat, I blurted out, “Can you tell me about God?”. To which he replied, “Sit down, let’s talk.” Unbeknown to me at that time, David was a Christian and an elder of his local church. He chatted to me for a couple hours (it’s okay we both made up the hours for work 😉 after which he invited me to his church which was only a suburb away from where I lived. After a couple weeks at that church I made the commitment to follow Christ – this is a story in itself. Dave even traveled on the same train as I did in the mornings and he became my discipler.

For me, this is how God called me to himself. For each one of us it is different and it is personal.

You and I were set apart since birth and will be called to serve Him.

But when God, who set me apart from birth and called me by his grace, was pleased to reveal his Son in me so that I might preach Him amongst the Gentiles…
Galatians 1:15,16

Paul was called to preaching the Gospel as revealed to him by Jesus Christ. I was called by His grace to serve Jesus too. We all are all called to serve in different ways to fulfill God’s Will and good pleasure.

How are you serving Him; the one who has called you?