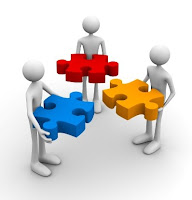 When I worked in a certain large corporation, there was a section created called, “Equal Opportunities”. One day I felt that there was an issue of favoritism being shown and that it wasn’t fair to those it was impacting. It had nothing to do with male verses female. Several of my male colleagues were being unequally treated by some other males and were not getting an ‘equal opportunity’ to participate.

Naively, I called the organisation’s “Equal Opportunities” section. The phone was answered by a lovely lady who turned to an ogre the moment she realised I was a man. She berated me for calling and wasting her time as the section was “equal opportunities” for woman only!

How was that fair?! I asked then who should I call…she just hung up.

There is no denying that women have had it tough when wanting to break into what was dominantly a man’s domain. But good woman have risen to places of influence through their merit and have impacted many.

I love the example of Aquila (husband) and Priscilla (wife) in the Bible.

There he met a Jew named Aquila, a native of Pontus, who had recently come from Italy with his wife Priscilla, because Claudius had ordered all Jews to leave Rome. Paul went to see them, and because he was a tentmaker as they were, he stayed and worked with them.
Acts 18:2,3

Aquila and Priscilla were business people. A team. But Priscilla prominently stood out.

Paul stayed on in Corinth for some time. Then he left the believers and sailed for Syria, accompanied by Priscilla and Aquila.
Acts 18:18

Apollos began to speak boldly in the synagogue. When Priscilla and Aquila heard him, they invited him to their home and explained to him the way of God more adequately.
Acts 18:26

There is significance in the order of names. Priscilla precedes Aquila in these texts which may indicate the prominent role she found herself in. Regardless, both in their business and in their ministry, together is what counted. Team will always be more effective than being just an individual.

My point is this:

Try to squeeze or force a jig-saw puzzle piece into a spot it was never intended to be in – it wrecks the whole puzzle! While the piece does have an equal right to be in the puzzle, it can’t be in just any position it wants. A corner piece is a corner piece and no matter what, it will always be a corner piece. Each individual piece fits into place for the common good of all.

Therefore, it is not about equal opportunity, male or female. It’s not about being more than you are intended to be. It is all about being in the right place, at the right time, doing what you were meant to do!

Who are you connecting with in your puzzle of life?