Does anyone else see the Irony in the Quest for Equality 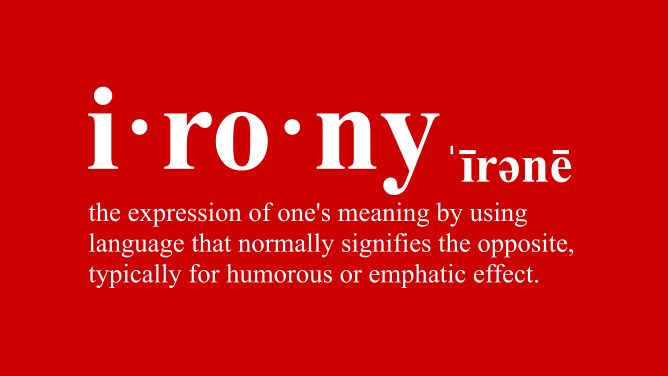 Recent events in Ireland, America and discussions in Australia over Same Sex Marriage and homosexuality in general has caused some Facebook friends to ‘unfriend’ me, several outright rude to the point of short expletives or labelled me a bigot and I’m sure several just shake their head, ignore or hope it will pass, in silence. Most will not read what many of us have to say because they can reach their conclusion simply on suspicion that we might be on the wrong side of marriage equality. And therein lies a great irony – which we all need to explore further and truly understand.

The heart of the irony involves prejudice. According to the Oxford Dictionary, prejudice is a “preconceived opinion that is not based on reason or actual experience.” Prejudice is the enemy of equality, since it is an a priori[1] judgment about someone just because of, say, the color of their skin, their religion, their gender, or their sexual orientation. If you see an unshaven disheveled dressed man at the shops and automatically think he is a criminal on the prowl, that’s prejudice. If you see a Muslim woman wearing a Hijab, Al-Amira, Shayla, Khimar, Chandor, Niqab or Burka and think she’s a terrorist, that’s prejudice. If you oppose same sex marriage and are immediately named a bigot, that’s prejudice.

Prejudice is straight up wrong. Prejudice is often ignorant. And yes, we Christians are often guilty of it too! Have Christians been prejudiced against homosexuals? Yes. Do we need to repent of that prejudice? Yes. Christians ought to know better for we know that every man and woman has been created in the image of God, and is deeply loved by him, regardless of his or her sense of sexual orientation. Christians have no right to mistreat homosexuals because we also know that, apart from the grace of God, we are all guilty of rebellion before him — just as guilty as anyone else, anywhere else.

But now the tables have turned. Christians are the new targets of prejudice. If we oppose same sex marriage, we are automatically labelled bigots.

Wow. How did that happen?

It happened because of these two words: Marriage Equality. The movement for same sex marriage did two extremely clever things. First, it changed it from Same Sex Marriage to Marriage Equality. It now used the word, “equality.” Who could be against equality? Only bigots. And there it is — if you’re on the wrong side of “equality,” you must be a bigot.

A bigot is “a person who has very strong, unreasonable beliefs or opinions about race, religion, or politics and who will not listen to or accept the opinions of anyone who disagrees.” In other words, a bigot is someone who is strongly prejudiced. As soon as “equality” was introduced into the discussion, the quest for marriage equality was viewed alongside the American Civil Rights Movement, women’s suffrage, and so on. Anyone against such positions is simply wrong. End of story. Period.

The real question is “Should we redefine what marriage is?” That is the fundamental question, since marriage has traditionally been understood to be “the union of a man and a woman to the exclusion of all others, voluntarily entered into for life”, and with two further restrictions that excludes children and close relatives.

A NEW Prejudice exists: These moves have been so successful that now the crowd cannot see the irony. If you oppose gay marriage, you must be a bigot. There is no way to think otherwise, since the discussion has been framed in terms of equality, instead of in terms of the redefinition of an established social institution. The prejudice is now on the other foot. Without even considering arguments to the contrary, people will form negative conclusions about others because of an alternate opinion. That is prejudice.

Ironically, those who say that Christians are bigots are in fact engaging in bigoted behavior. And not just against Christians, but against anyone who holds reservations about “marriage equality.” You do not need to be a Christian to recognize the problems with it. Remember that a bigot is “a person who has very strong, unreasonable beliefs or opinions . . . who will not listen to or accept the opinions of anyone who disagrees.” Society will now not even listen to alternate points of view on the issue. And therein lies the irony.

The Romans thought that Christians hated the human race (so recorded the historian Tacitus), that they engaged in incest because they were married to their “brothers and sisters”, and were cannibals because they ate the body and blood of Christ. All of these were obviously grave misunderstandings. But Peter’s exhortation is, in effect, let them get to know you. The only real solution to prejudice is knowledge. It has been said, “It is hard to demonize someone when you get to know them.”

We are now the targets of an irrational prejudice. But we should not pout, despair, or withdraw. Unjust opposition is nothing new for followers of the crucified Christ. We are called to suffer it well, following his example:

To this you were called, because Christ suffered for you, leaving you an example, that you should follow in his steps. “He committed no sin, and no deceit was found in his mouth.”  When they hurled their insults at him, he did not retaliate; when he suffered, he made no threats. Instead, he entrusted himself to him who judges justly.  “He himself bore our sins” in his body on the cross, so that we might die to sins and live for righteousness; “by his wounds you have been healed.” For “you were like sheep going astray,” but now you have returned to the Shepherd and Overseer of your souls.[1 Peter 2:21-25]

To the best of our ability, let us allow those who vilify us to get to know us. If we are truly following Christ, knowing who we really are will go a long way to dispel prejudice.

And if you do know me, and still prepared to view my perspective on Same Sex Marriage, you may find what I wrote on December 7th, 2013. To-date, I have had plenty of agreement with what I wrote, but no one has genuinely taken time to discuss with civility any other differing viewpoint to warrant a change to my perspective.  I am listening and I hope you do too.