How often have we heard people say, “I can’t see God, therefore how can I believe in Him?” And when God does something, in disbelief, they give the credit to some other ‘god’ e.g. luck, science, etc., and convince themselves of anything else, but that it was God. Every people group has created their own belief systems. The more complicated the better.

Even the disciple witnessed this.

Here is a sign and wonder of God’s Grace:

In Lystra there sat a man who was lame. He had been that way from birth and had never walked. He listened to Paul as he was speaking. Paul looked directly at him, saw that he had faith to be healed and called out, “Stand up on your feet!” At that, the man jumped up and began to walk. Acts 14:8-10

And the people thought, based on their own belief system, Paul and Barnabas were gods, Zeus and Hermes.

But Paul begins to plead with them that he is no god. But what they witnessed was from the living God.

“Friends, why are you doing this? We too are only human, like you. We are bringing you good news, telling you to turn from these worthless things to the living God, who made heaven and earth and sea and everything in them. Acts 14:15

What he says next explains simply why there are different belief systems:

But people and their complicated belief systems are in desperate need of seeing the simple truth of God’s hands at work in their everyday existence: 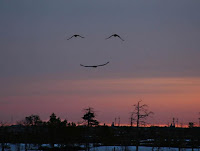 Yet he has not left himself without testimony: He has shown kindness by giving you rain from heaven and crops in their seasons; he provides you with plenty of food and fills your hearts with joy.” Act 14:17

But unfortunately we are human beings who just love complicating things and hardly believe the simplistic things of life. We cry out, “If its too simple, it can’t be true”. Where is God?

Then there is faith. Complicated, yet simple.

Prayer: Lord help me to see, in simple terms, your truth in a complicated world. Help me not to over complicate things. Help me to align my belief system with the truth. In Jesus Name I ask it. Amen.