The World Central Bank and the International Monetary Fund (IMF) 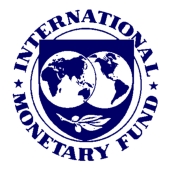 In Washington, the headquarters of both the World Bank and the International Monetary Fund (IMF) face each other on the same street. What are these organisations, and who controls them?

To find out we need to look back to just after WWI. At this point the money changers were attempting to consolidate the central banks under the guise of peacemaking. To stop future wars they put forward the formation of a world central bank named the Bank of International Settlements, a world court called the World Court in the Hague, and a world executive for legislation called the League of Nations.

President Clinton’s mentor Carroll Quigley wrote in 1966 a book entitled, Tragedy and Hope. In it he states:

“The powers of financial capitalism had [a] far-reaching [plan], nothing less than to create a world system of financial control in private hands able to dominate the political system of each country and the economy of the world as a whole.

This system was to be controlled in a feudalist fashion by the central banks of the world acting in concert, by secret agreements arrived at in frequent meetings and conferences.


The apex of the system was to be the Bank for International Settlements in Basel, Switzerland, a private bank owned and controlled by the world’s central banks which were themselves private corporations.


Each central bank… Sought to dominate its government by its ability to control treasury loans, to manipulate foreign exchanges, to influence the level of economic activity in the country, and to influence cooperative politicians by subsequent economic rewards in the business world.”
Carroll Quigley, Professor, Georgetown University

It would take another war to wear the public resistance down. Wall Street invested heavily to rebuild Germany, as the Chase bank had propped up the Russian revolution.

In 1944, the US approved its full participation in the IMF and the World Bank. By 1945, the second League of Nations was approved under the new name, ‘The United Nations’. The war had successfully dissolved all opposition. The methods used in the National Banking Act of 1864 and the Federal Reserve Act of 1913 were now simply used on a Global scale.

The Federal Reserve Act allowing the creation of Federal Reserve notes is mirrored by the IMF’s authority to produce money called Special Drawing Rights (SDR’s). It is estimated the IMF has produced $30 billion dollars worth of SDR’s so far. In the United States SDR’s are already accepted as legal money, and all other member nations are being pressured to follow suit. With SDR’s being partially backed by gold, a world gold standard is sneaking its way in through the back door, which comes with no objection from the money changers who now hold two-thirds of the worlds gold and can use this to structure the worlds economy to their further advantage.

We have gone from the goldsmith’s fraud being reproduced on a national scale through the Bank of England and the Federal Reserve, to a Global level with the IMF and the World Bank.

This radical transfer of power has taken place with absolutely no mandate from the people.

Nations borrow Special Drawing Right from the International Monetary Fund in order to pay interest on their mounting debts. With these SDR’s produced at no cost, the IMF charges more interest. Contrary to bold claims, this does not alleviate poverty or further any development. It just creates a steady flow of wealth from borrowing nations to the money changers who now control the IMF and the World Bank.

The permanent debt of Third World Countries is constantly being increased to provide temporary relief from the poverty being caused by previous borrowing.

These repayments already exceed the amount of new loans. By 1992 Africa’s debt had reached $290 billion dollars, which is two and a half times greater than it was in 1980. A noble attempt to repay it has caused increased infant mortality and unemployment, plus deteriorating schools, and general health and welfare problems.

As world resources continue to be sucked into this insatiable black hole of greed, if allowed to continue the entire world will face a similar fate.

As one prominent Brazilian politician, Luis Ignacio Silva, put it.

“Without being radical or overly bold, I will tell you that the Third World War has already started – a silent war, not for that reason any the less sinister. This war is tearing down Brazil, Latin America and practically all the Third World. Instead of soldiers dying there are children, instead of millions of wounded there are millions of unemployed; instead of destruction of bridges there is the tearing down of factories, schools, hospitals, and entire economies . . . It is a war by the United States against the Latin American continent and the Third World. It is a war over the foreign debt, one which has as its main weapon interest, a weapon more deadly than the atom bomb, more shattering than a laser beam…”
Luis Ignacio Silva, at the Havana Debt Conference in August 1985, quoted by Susan George, A Fate Worse Than Death p 238

If a group or organisation had used its hard earned money to help these developing nations, then we might sympathise that there should be a real effort to repay these loans. But the money used was created from fractional reserve banking. The money loaned to the Third World came from the 90% the banks allow themselves to loan on the 10% they actually held. It didn’t exist. It was created from nothing. Now people are suffering and dying in an effort to pay it back.

What can you do? How can you survive?