The day AFTER Valentine’s Day…now what? 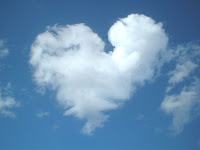 “Love is in the air, I can hear it everywhere…” is the personally modified John Paul Young song that melodically floats through my mind whenever I hear the words, “Valentine’s Day“. Immediately follows are the cynical thoughts of commercialism and inflated prices ripping off love sick saps all over the world.

Saint Valentine’s Day (commonly shortened to Valentine’s Day) is an annual holiday held on February 14 celebrating love and affection between intimate companions. The holiday is named after one or more early Christian martyrs named Valentine and was established by Pope Gelasius I in AD 496. It is traditionally a day on which lovers express their love for each other by presenting flowers, offering confectionery, and sending greeting cards (known as “valentines”). The holiday first became associated with romantic love in the circle of Geoffrey Chaucer in the High Middle Ages, when the tradition of courtly love flourished.[1]

Valentine cards are now general greeting cards rather than declarations of love, was a harbinger of the future commercialization of holidays in the United States. It’s considered one of the Hallmark holidays.[1]

The U.S. Greeting Card Association estimates that approximately one billion valentines are sent each year worldwide, making the day the second largest card-sending holiday of the year, behind Christmas.[1]

For many, this is the only day they can feel safe, or bold enough, to express affection or love for another. If it works, great… if not, well it was all done in the fun of Valentine’s Day madness.

Now don’t get me wrong… I am a romantic at heart. I love those bold, audacious acts of love expressed between two people… and it does not have to have sexual connotations either!

While Jesus was in Bethany in the home of Simon the Leper, a woman came to him with an alabaster jar of very expensive perfume, which she poured on his head as he was reclining at the table. When the disciples saw this, they were indignant. “Why this waste?” they asked.  “This perfume could have been sold at a high price and the money given to the poor.”  Aware of this, Jesus said to them, “Why are you bothering this woman? She has done a beautiful thing to me. The poor you will always have with you, but you will not always have me. When she poured this perfume on my body, she did it to prepare me for burial. Truly I tell you, wherever this gospel is preached throughout the world, what she has done will also be told, in memory of her.”
Matthew 26:6-13

How is that for unexpected and audacious?

I love my wife, Judith. Many years ago I promised her to expect the unexpected. To get roses (red carnations are my personal flower of choice for Judith) unexpectedly, for no particular celebratory event, and randomly throughout the year is my idea of a surprise.

Acts of Love will always cost you something… that’s what makes it valuable. Red roses, Alabaster jar of perfume, etc. costs money. But it doesn’t always need to revolve around money! For me, you can express your love in many ways… our car has central locking, but I love to open the door for my wife and let her be seated and close the door behind her before I get in the car. She never expects it, but is tickled by that act of love. Corny to some, but precious to us.

Valentine’s Day is over for another year… but let your Love remain. Pursue it continually.  Find random opportunities to declare your love all year long. It’s never too late!