The biggest Family in the world!

There is a current family called the Duggars who have had 18 children, all survived and from the same set of parents. There is a man called Roy Blackmore (76) who has applied for the World’s Biggest Family Tree Guinness World Record of, traced and listed, 9,390 ancestors.

Me. I can’t trace back past my natural Dad because he was born out of wedlock and the father’s name was kept a secret and went to the grave with Grandma.

Then, as a Christian, I discovered this:

You are all sons of God through faith in Christ Jesus, for all of you who were baptized into Christ have clothed yourselves with Christ. There is neither Jew nor Greek, slave nor free, male nor female, for you are all one in Christ Jesus. If you belong to Christ, then you are Abraham’s seed, and heirs according to the promise. Galatians 3:26

I’m a son of God and belong to the largest family on Earth! 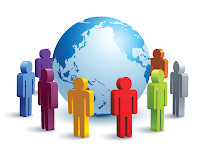 It’s good to be a son of God and a joint heir with Christ Jesus!