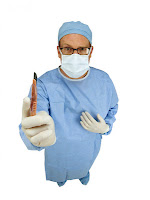 Get circumcised to blend in! That was the call of the Judaizers in the early church who found it was better to be circumcised and be counted as a Jew than to be persecuted as a Christ-follower.

Pfft! We wouldn’t fall for that today. Would we?

I don’t know about you but there have been times in my life that I have tried to do things to blend into the surroundings. The fear of persecution was greater than standing up as a Christian.

Now I’m not talking about the persecution like the Romans did; beatings, crucifixions, etc. It is relative to where we find ourselves at.

For example, I can recall a time when I have cringed at a dinner table at a restaurant when a friend of ours gave thanks for the meal. My friend isn’t showy, it’s just that he had a huge voice that could carry a car on it! I was expecting to be told off. The stares were like daggers. You could hear what some were saying about us. I would rather have just blended in with the crowd.

Now I am not advocating that we should pray so that everyone around us can hear in the Restaurant, as our motivation maybe no different to that of the Pharisees who prayed out loudly on the street corners – this was an issue of pride and a ‘look at me’ stance. No, but does this one event stop me from giving thanks in the future in a public place?

I also know that I have been in a place where it would have been highly insulting to those present to give thanks out loud. So I do it quietly and choose not to offend because it was more important to build bridges with this particular community.

Neither circumcision nor uncircumcision means anything; what counts is a new creation.
Galatians 6:15

Give thanks, or not giving thanks, means anything… this doesn’t make us a Christian!

What counts is that we are a new creation. Christian. Christ-in us.

We are Christians who are called to love God, love others and to do our best.