No sex with the Secretary!

“Stop having sex with your secretary!” was my response to a multi-millionaire as he was bragging to a few around the table at a business breakfast of elite, very wealthy businessmen. 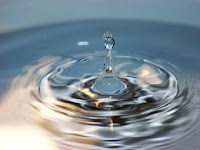 Here were some “makers and shakers” of our city and they had it all. They had money, they had power and they could pretty much do what they wanted. I even watch a several million dollar deal be agreed upon in principle over a 3 minute discussion and a few scribblings on a napkin.

But the fact they could have anything didn’t mean they should have everything! I was annoyed that this man could cheat on his wife, of 16 years, and several innocent children. Why play up with the secretary?! Why throw away a perfectly good marriage? Business savvy mind, yes… yet real stupid.

I told him so! I was so annoyed that it just slipped right out there for all to hear. I fair ripped into this fellow to the point that the bragging was shredded into a remorseful silence around the table. To my shock, one other businessman, with head held low, confessed he too had been playing up with a female staff member.

By the end of breakfast the conviction that everything they had, could be lost… and what remained would be meaningless. Each left that day with the value of family foremost in their minds and I believe each one did a major re-evaluation in their life.

Several breakfast later, I would hear of things they had each done in response to that shock breakfast – little whispers in my ear, proud and delighted to be focused on a new paradigm.

It is good to know we have some very influential men, faithful to their wives and children, now working with greater purpose and meaning. Maybe, just maybe, they will carry the message to others in their sphere of influence.

And yet, who am I? I’m not wealthy. I didn’t have any of the power or influence in the city that these guys did. And yet…

The king said to Daniel, “Surely your God is the God of gods and the Lord of kings and a revealer of mysteries, for you were able to reveal this mystery.” Then the king placed Daniel in a high position and lavished many gifts on him. He made him ruler over the entire province of Babylon and placed him in charge of all its wise men. Moreover, at Daniel’s request the king appointed Shadrach, Meshach and Abednego administrators over the province of Babylon, while Daniel himself remained at the royal court.
Daniel 2:48

If we are to impact any nation for Jesus Christ, then we would have to affect the seven pillars of society. These seven pillars are business, government, media, arts and entertainment, education, the family and religion.

You work in one or more of these everyday. You serve the God of gods and the Lord of kings and a revealer of mysteries. You have influence.

Are you being wise, seeking the counsel of the Lord daily and impacting your community, city or nation? It starts right where you are and with those in your sphere of influence.