Michael Jackson…Alexander The Great… who? 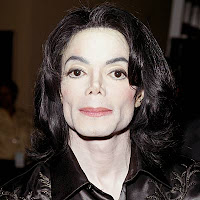 Have you watched the show, “Where are they now?” I have often wondered where some of the people I have come across over the years, are right now.

It is also interesting to observe the rise and fall of celebrities as they enter the spot light and then exit stage right. Michael Jackson just died this morning. Farrah Fawcett, last night.

I love the prophetic summary that the Angel gave Daniel. In just 2 verses he makes mention of a mighty king:

…Three more kings will arise in Persia, and then a fourth, …Then a mighty king will arise, who will rule with great power and do as he pleases. After he has arisen, his empire will be broken up and parceled out toward the four winds of heaven. It will not go to his descendants, nor will it have the power he exercised, because his empire will be uprooted and given to others.
Daniel 11:2-4

Alexander The Great was unquestionably one of the greatest military geniuses in the history of war. Alexander conquered much of what was then the civilized world, driven by his divine ambition of the world conquest and the creation of a universal world monarchy.

A positive outcome of Alexander’s hegemonistic tendencies was that it created an economically and culturally, a single market extending from Gibraltar to the Punjab, open to trade, social and cultural exchange. There was a common thread that was visible in civilization and Greek became the lingua franca of its time. The Roman Empire, the spread of Christianity as a world religion, and the thousand years of Byzantium were all in part the consequences of Alexander’s conquests.

One of the most important facts about Alexander that is often overlooked is that he died at the age of 33. Alexander did not have the luxury of living for a long time. It is difficult to even imagine the kind of conquering that he would have managed had he lived longer.

Alexander was in Babylon to overlook the irrigation of the Euphrates, this was also coupled with a grand feast in honor of Nearchus departure for Arabia and the commemoration of the death of Heracles. Alexander drank a huge beaker of unmixed wine in a single gulp. This led to a shooting pain in the liver. It is possible that it exacerbated an existing condition.

History writes of his great deeds, the cost of his successes all over the world as tremendous, and his name is known to us even today. Alexander The Great was motivated by a need to be divine. What a surprise for Alexander when during the sunset on of 10th of June, in the Palace of Nabukodonossor, he went to meet his Maker – The Lord of lords, the King of kings.

In God’s scheme of things he rated just two verses in the whole Bible! How different is God’s perspective to our human perspective. Maybe, just maybe, there are some more important things to do here on earth than to just conquer it through war.