Is it time to grow up and let go? 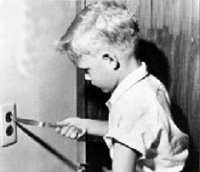 When I was a lad my mother’s word was law! And she had the backing of my Dad’s hand-upon-my-butt to enforce it. As a teenager, my mum’s word was ignored (because we all know teenagers know everything, right?). But as I matured, my Mum’s word became advisory and respected – the choice to heed it became my own.

My mum’s responsibility toward me as a child was one of discipline and control (I’d probably be dead otherwise ;-). The teenage years were years of transition from control to letting go. Eventually I had to stand on my own two feet and determine my own disciplines.

In the same way, a Christian must transition from having control over their life to a life fully surrendered to the Lordship of Jesus.

Who better to observe this transition than from Jesus’ Mum, Mary.

… the angel said to her, “Do not be afraid, Mary; you have found favor with God.  You will conceive and give birth to a son, and you are to call him Jesus.  He will be great and will be called the Son of the Most High. The Lord God will give him the throne of his father David, and he will reign over the house of Jacob forever; his kingdom will never end.”
Luke 1:30-33

Then Jesus went down to Nazareth with Joseph and Mary and was obedient to them.
Luke 2:51ff

Jesus, the Son of God, in subjection to a lowly carpenter and his wife. What an astonishing thought!

And even after He was a mature man, Jesus still allowed Mary matriarchal supervision over him. Take the wedding feast at Cana.

On the third day a wedding took place at Cana in Galilee. Jesus’ mother was there,  and Jesus and his disciples had also been invited to the wedding.  When the wine was gone, Jesus’ mother said to him, “They have no more wine.”  “Woman, why do you involve me?” Jesus replied. “My hour has not yet come.”  His mother said to the servants, “Do whatever he tells you.”
John 2:1-5

Jesus then turned the water into wine. While Mary seems to be the one to orchestrate the miracle, Jesus doesn’t do the will of His mother but is actually doing the will of His Father. For this was the day that Jesus, Mary’s son, began His ministry as Jesus, God’s Son.

A significant and necessary reversal of authority was needed in Mary’s relationship with Christ… a change in which she did not anticipate. In Mary’s mind, her sense of influence was simply a continuation of her God-given responsibility as the Keeper of the Vision.

She was about to lose control.

After this he went down to Capernaum with his mother and brothers and his disciples. There they stayed for a few days.
John 2:12

As we can see, Jesus’ mother, has taken what she thinks is a legitimate position, her earned place of influence over the Christ. She goes with Him to Capernaum. And from a natural point of view, rightly so. She was His mum. She knew him the most intimately. She had earned the right to be with her son.  Her influence over her son was simply her mothering instinct.

But God’s intentions were to unfetter Jesus from all human influences of control.

The first stage was resistance.

Then Jesus entered a house, and again a crowd gathered, so that he and his disciples were not even able to eat.   When his family heard about this, they went to take charge of him, for they said, “He is out of his mind.”
Mark 3:20-21

Mary’s initial response to the resistance is “to take charge of him“… an attempt at more aggressive control. It wasn’t that He “was out of His mind”, but they had lost control.

A crowd was sitting around him, and they told him, “Your mother and brothers are outside looking for you.”
Mark 3:32

Mums arrived! Her arrival is more important than what you are doing here. But Mary is ‘outside’ looking in. She can sense the distance between her and her son. Intimacy is slipping away. Mary is on the outside of intimate relationship.

The more we try to control another person, the less intimate we become with them. Intimacy is only found in vulnerability and surrender – not in control.

With Mary outside, Jesus takes the opportunity to end this stage of their relationship by saying:

Right there and right then, the Keeper of the Vision heard the rebuke and the Word given her 30 years prior came to pass:

Then Simeon blessed them and said to Mary, his mother: “This child is destined to cause the falling and rising of many in Israel, and to be a sign that will be spoken against,  so that the thoughts of many hearts will be revealed. And a sword will pierce your own soul too.”
Luke 2:34-35

A sword pierced her own soul and her inner thoughts were revealed. Christ, with precision and mercy, removed from Mary the stronghold of control.

And what of Mary?

They all joined together constantly in prayer, along with the women and Mary the mother of Jesus, and with his brothers.
Acts 1:14

Mary was with the 120 in the Upper Room. She was truly a faithful bondservant of the Lord, serving on the highest level of yieldedness. She got what she wanted all along: deep intimacy with Christ.

She got there by letting go of striving and trying to control Jesus. She fully surrendered to Him. And once again, through the Holy Spirit, she had Jesus living inside her.

Now consider the life of a typical Christian.

The day we commit our lives to Jesus we are filled with awe and wonder. The Grace of God is almost overwhelming. We are filled with inexpressible joy. We seem to be able to command Jesus to do almost anything, and He does it for us. Our prayers are always answered. Dreams, Visions and Miracles abound.

Then something changes.  He terminates our efforts of control over Him. We usually resist. We go through a ‘dry’ season. Prayers seem to fall of deaf ears. We don’t seem to be getting our own way anymore. Vision is dying.

Eventually a realisation begins to dawn on us:

Whoever serves me must follow me; and where I am, my servant also will be. My Father will honor the one who serves me.
John 12:26

His refusal to be controlled by our efforts is actually an answer to our deepest desire. We have prayed and worked towards seeing Jesus emerge through us, His church… and He is! But it will be as LORD.

So where are you?

Are you just a new Christian… bubbly, joyful and life is good? Excellent.

Or, are you in a ‘dry’ season, life is tough and God seems a million miles away? Then consider the fact that you are transitioning. A shift of identity from one of control to one of complete surrender.

The plans of God are full of surprises. The visions we got from God in the past will never be fulfilled in the manner in which we imagine. Our sense of control sets our expectations and very own ideas become subtle obstacles standing between us and our appointed future in God. We must keep our minds open and submitted to God, for when God fulfills His Word, it is always:

… immeasurably more than all we ask or imagine, according to his power that is at work within us…
Ephesians 3:20

And all Jesus asks is that we simply follow Him.

And until we follow Him, surrender completely to His Lordship, we will spin on the merry-go-round called, resistance. We can spin around as fast as we like but we will get nowhere fast.